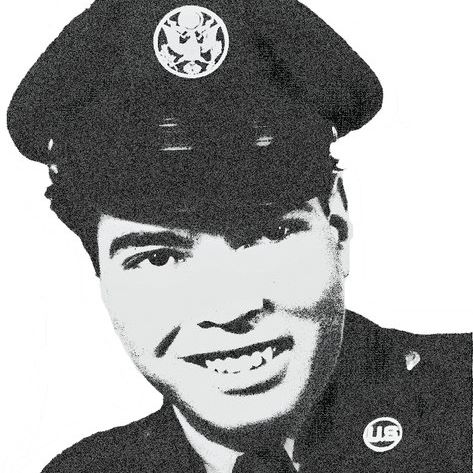 On Facebook, I have an page called Author/Writer Paula Shablo. I was just scrolling through past posts, looking for something.

I wasn’t looking for this, but it is what I found.

This was posted in the wee hours of July 22nd, as I sat watching my father through the night. At any given time, he was either with me or he was walking with others. Some names, like Louie, I heard him speak. Others, I don’t know.

Many times, he would reach his hands skyward, and it looked for all the world like he was shaking hands with someone. He muttered and mumbled and I strained to hear him.

He smiled often. He was not afraid. But he was so restless.

During a quiet period, I tried to play a game of solitaire, but my mind would not stop churning out this little prayer, and so I wrote the following:

“Now I lay me down to sleep

I pray the Lord my soul to keep

If I should die before I wake

I pray the Lord my soul to take”

I always took exception to this prayer when I was a kid. I was an introspective child, quite impressionable. Over-thought everything.

What sort of prayer was this to teach a child? How do kids even go to sleep after saying this prayer? Obviously, dying in your sleep was a thing–why else would there be a prayer about it?

I don’t remember a time when I wasn’t aware that I would die sometime. We all owe a death–the act of being born guarantees we’re going to die someday.

But that nightly reminder? Unappreciated.

Those who know me know that I am a horrible sleeper. Maybe this is one of the reasons. I would recite my nightly prayer, ask God to bless everyone I could think of and also those I might have forgotten to list–this was important; I didn’t want to leave anyone out–and then I would crawl into bed.

First, I would make sure my neck was completely covered. Vampires, you know. Best not to tempt one by leaving my neck exposed.

Wait–maybe I could hang out and look after them.

But what if I couldn’t?

Maybe the vampire thing would be the better plan. At least I would be able to stick around.

Uncover the neck. Come and get me, vampire, if this is my night to die before I wake.

Um…never mind. Up came the covers. All the way up over my chin. Sometimes right over my head.

“If I should die before I wake…” Would I know I was dead?

You get the picture. Who could sleep, knowing they could just die right there in bed?

According to my mother, my bad sleep began in infancy, long before I learned to recite a nightly prayer. But it surely didn’t help matters, I would say.

Of course, as I grew up I began to believe that it really would be my ideal way to go: in my sleep, all unaware, peacefully. No pain. No drama.

His sleep tonight is not peaceful. Drama is playing out over the hours. He sees me, and is startled: “Are you still here?”

He informs me that he’s all finished with hunting. He won’t be going out again.

An hour passes, and he says, “Oh, yeah. Getting better all the time.”

I decide, however right or wrong I may be, that he has answered my question.

I find I really do want to kick someone’s ass. I realize I am angry with… someone. Something.

And that stupid prayer keeps repeating in my head.

I wasn’t ready for his death. I believe he was. I don’t know for sure if he was peaceful; I just know that I wasn’t.

I wrote this in a state of exhaustion; I didn’t even remember it, until I found it just now.

Now, if I could only remember what it was I was looking for…

One thought on “Bedtime Prayers and Long Farewells”