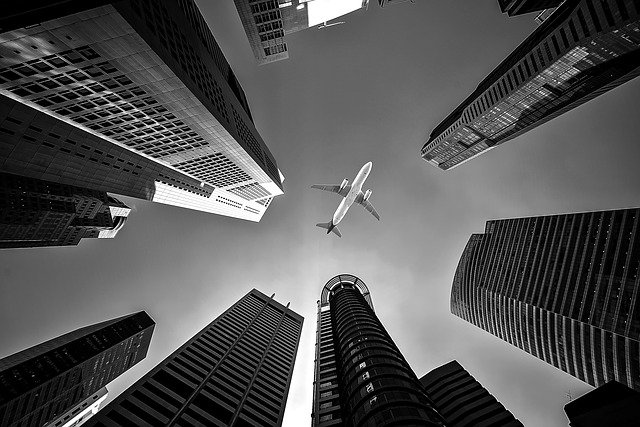 Mae and Ash don’t come with us to the city anymore. I guess I can’t blame them. Neither of them remember much of what it used to be. They’re younger than we are, and we were pretty young ourselves when the city was a real place.

Well…I suppose I must admit it is still real enough. Maybe too real. What it isn’t, now, is a city. For me, that word implies “filled with people”, and that is no longer the case.

Let me elaborate. It is no longer filled with living people.

Sid and I have come here many times, salvaging. It is not fun, but it is necessary. It is never boring–the things that have survived are many and varied and sometimes–but not always–important.

When I made it my mission to salvage as much as possible from the surviving libraries, there were those in the settlements who thought I was crazy and wasting my time. Thankfully, these were a minority. Most of the people who managed to survive this mess did so because they were intelligent people searching for ways to make a difference that would insure the continuation of the human race.

There have been plenty of salvagers focused on finding food and fuel. Sid and I have devoted countless hours and tons of elbow grease to that cause, so when we discovered the library, I insisted on being allowed to do something I wanted to do–save the books.

Even the naysayers ended up grateful for it. The “Do It Yourself” section alone was worth all the effort.

The periodical section of that building was destroyed, though. It figures; we wanted to know what led to this state of being, but it seems that even the weather has thwarted our efforts to find magazines and newspapers from the days just before the bombs fell.

We were underground by then. We were children then, too.

I try not to think of the days before the camp, the days when we had a mothers to care for us and love us. They were taken, cruelly, but we survived and we’ve gone on in ways we hope will honor them.

I don’t know how I would have survived it all without Mae by my side. She was invaluable to me in caring for our baby sister, Dawn. Once we were rescued and taken to the camp, she became quite the little mother figure. Dawn, so traumatized she didn’t make a sound for months, blossomed under her care.

Sid and Ash had been through much the same as we sisters, and they became our constant companions growing up. Then they became our husbands. Mae and Ash usually tend the home fires, though, while Sid and I explore and salvage.

We persuaded them to join us a couple of times, but it didn’t go well. A wall collapsed right next to Mae one time, while we were taking canned goods out of an Asian market. She was covered in chalky dust, unhurt but shaken.

The next visit was the one that has left her reluctant to come again, though.

We had come in with a group in panel trucks, hoping to make our way a little deeper into the downtown area. There had been clusters of upper scale restaurants there, and we were hoping for some good cooking utensils and pans, and possibly some canned and dried foods.

It sounds simple enough, but a lot of what happens on these trips is dragging debris out of the roads.

Often, some of that debris turns out to be human remains.

I don’t care how often you’ve done it, you don’t ever get used to it. You come to expect it on some level, and yet it is always a surprise–the turn of a shovel that reveals a femur, rotted flesh and denim still clinging to the bone. The jawbone. The skull with a mummified ear still embellished with a dazzling diamond earring.

No. You never get used to it.

One might think that the smell would reveal it before the shovel hit, but the truth is, the whole city stinks of death. We wear masks, always. So, there it is, that element of surprise, even in the face of expectation.

On this particular day, Grandpa had driven in a pickup with a front end plow, and spent a good deal of time trying to push and plow enough garbage out of the way so the panel trucks could get through the intersection. As always, remains were piled separately and would be burnt when we’d finished our searches.

Mae was sick with grief and disgust within minutes, so I made her climb over a smaller hillock of rubble and join me in a relatively clear space up the street from where the rest of the group was working to clear the road.

Wonder of wonders, we found an old bus stop bench that was clear of any garbage. It was in front of the remains of the Tres Hermana’s Mexican Restaurant, which still had an intact doorway. The big window, however, was demolished, and tiny shards of glass sparkled on the sidewalk.

Making sure there was no glass on the bench, we sat down. “I hate this place,” Mae sighed.

“I hate what it is now,” I agreed. My nose itched under my mask, and I fought off the impulse to lift it off and scratch. After wrinkling and twitching a few times, to no avail, I leaned back in my seat and looked up at the sky.

It was an odd sight: looking skyward, the buildings appeared whole and untouched by the ruin on the ground. Some even had intact windows; I could see the glint of sun on the glass. “Wow,” I breathed.

Mae leaned back, too, and together we stared at the shifting clouds above us. “You can’t even tell from here,” Mae whispered. “It all looks…normal. What was it like, Penny? Do you remember?”

“I don’t know if I was ever here,” I admitted. “Nothing looks familiar. But, why would it?”

“I remember a Christmas parade and lighting the lights,” Mae said. “But that wasn’t here. Was it?”

“I don’t think so,” I replied. “We rode the train to that. The train station is further northwest.” I didn’t add that I couldn’t remember if we’d gotten a bus from the train depot and come further downtown from there. It didn’t really matter. There would be no more parades, and no more Christmas tree lightings.

“I don’t get it,” Mae said. “Daddy said there were bombs. Don’t bombs come from planes?”

I shrugged, indifferent. “I guess.”

“Then why aren’t the windows broken up there? Everything down here is a mess.”

I don’t claim any expertise about bombs, but I speculated that they didn’t detonate until they hit the ground. That made no sense, either, though. If a bomb was dropped from directly above us, everything down here would be gone. Obliterated. Dust.

Many parts of the city were exactly that: Obliterated. Nothing left at all except piles of concrete and glass and decomposing bodies. We’ve never even tried to get into places like that; it would be useless.

Finally, I said, “I suppose it was like an earthquake, and the impact tremors spread out.” I wished she hadn’t brought it up; my mind began concocting all sorts of scenarios.

“Maybe the bombs didn’t come from the air.”

“What?” I saw clouds, which were beginning to move faster and were turning grey as we watched.

I turned my head and stared at my sister. Her eyes were wide and shocked. “What is it, Mae?”

“I can see it, Penny. I know it’s not there, but I can see it anyway. It’s a big, silver plane, full of regular people just trying to get away.”

I looked up again. I could see it, too. Grandpa said people would try to escape the city by air. After it was over, we didn’t see planes in the sky anymore. No one believes anyone got away; if they had, where were they? Wouldn’t someone have come back by now?

We stared. The plane was there. Sunlight glinted off the bottom, and it appeared to be glowing. It hovered.

It wasn’t there, of course. Planes never hovered. A helicopter, sure, but not planes. I blinked hard, and felt tears escape the outer corners of my eyes, rolling toward my ears but halted by my mask.

No plane. Just sky, now mostly grey clouds with a hint of blue beyond them.

Rain would be a bitch. I sat up, distressed.

Mae heaved a shaky sigh and sat up, too.  Then she stood, turned and faced the broken window of the restaurant and squared her shoulders determinedly. “We might as well go see what we can find,” she said.

I turned and saw Sid and Ash coming toward us, pulling wagons. “Are we hauling, then?” I asked.

“There’s a huge hole under all that crap,” Ash explained. “Mort says they’re not driving through.”

They lined the four wagons up behind the bus stop bench and we climbed through the window to search. All around us, other teams were moving on foot down the street and into other businesses, some with wagons, most with backpacks.

As we moved further into the restaurant, Mae begged, “Please, God, no people. No bodies.”

God didn’t listen. In my experience, He never has.

We found plenty of bodies that day.

It doesn’t matter. Mae has had enough of the city, and I doubt she’ll ever come back. If she doesn’t, neither will Ash. They will stay in camp and keep things in order; there’s more than enough to do.

Today we found more bodies than salvage items, and as Sid lights the funeral pyre, I wonder how much longer I will be able to handle coming myself. How many more times can I sift through the end of things that once were?

Sid and I turn away from the fire and start walking away. He takes my hand and squeezes.

I think about saying a prayer for the babe kicking in my belly, and decide not to bother.

***A side note: Penny and her sisters are first seen in my novella, Starting in the Middle of the End.

Somehow, that broken world stays in my mind, and I keep coming back to it.